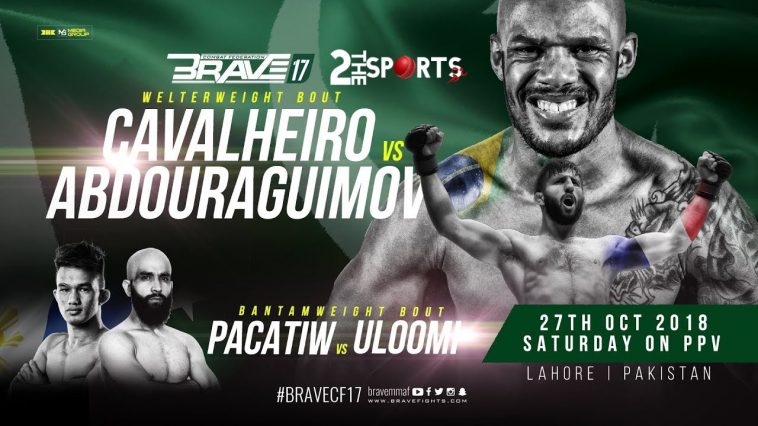 MMA News Brave 17 – Five Pakistani MMA fighters on the main card of Brave 17 are Mehmosh Raza, Haider Farman, Zia Mashwani, Najam Khan and Uloomi Karim.  After an exciting event in Abu Dhabi of Brave 16, which marked two new champions honored. Brave Combat Federation travels to Pakistan on October 27th, with its two most important fights clinched. Pakistan is one of the countries which had one of the fastest essential growth without any big investments. It is only getting bigger. Now the story takes a turn in one month the most global promotion entering Pakistan and not only changing the MMA game but the Pakistan sports world.

Uloomi will be highlighted in the co-main event where he will meet Jeremy Pacatiw from Team Lakay, Philippines. Mehmosh Raza, meanwhile, will challenge Arben Escayo from the Philippines. Zia Mashwani will fight Yibugele from China. Farman will meet Ariel Oliveros from Philippines and Najam will fight with Mohammed Wasim from Afghanistan.

The promotion of the Brave 17 event announced that welterweight competitors Rodrigo Cavalheiro and Abdoul Abdouraguimov will fight in the main event of Brave 17, set for the city of Lahore. The winner of the match will most expected be the first contender to new champion Jarrah Al-Selawe. Cavalheiro has dazzled since participating Brave CF as the skilled Brazilian has won his two promotional games by brutal gems. One of the match including a KO of the year candidate against Karl Amoussou. Brave 17 event conducted on Saturday in Nishtar Park Sports Complex, Gulberg.

Pakistan will be the 12th country to hold Brave Event.

Its one of the biggest achievement for BraveCF as much as it is for Pakistan to pull off this event and continue making HISTORY as a Bahrain property and for the MMA industry globally.

Furthermore, in less than two years of its commencement, Brave Combat Federation has recognized its platform and facilities used by more than 250 fighters from 43 nations. 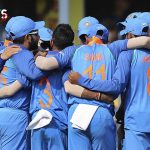 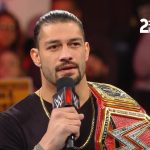