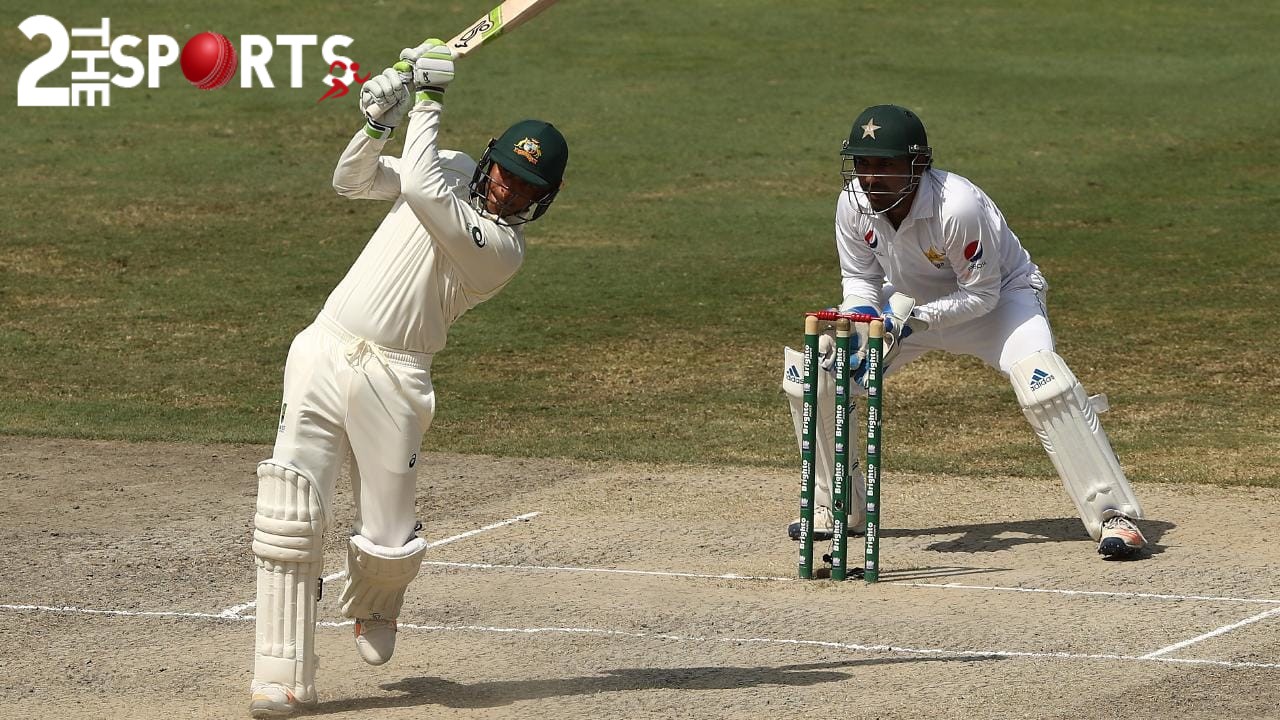 Australia vs Pakistan – Day 5 Stumps. Australia plays their longest fourth innings to earn a magnificent draw in UAE. Incredible from this new-look team, with a young captain who will have won many, many unbelievers over with this effort. A 194-ball attempt to see his side through to the point. It was set up cleverly by another man who had some proving to do – Usman Khawaja with his maiden century in Asia. This was the longest fourth-innings knock ever in the UAE. Australia has five wickets in hand before they ran into Yasir Shah, who lives for the final 75 minutes. He nearly delivered one of his magic spells again, but Australia has held on. Nathan Lyon and Travis Head playing extraordinary supporting acts too. After going 280 behind, this will feel unbelievably good for the visitors.

But what of Pakistan? They had their chances, they’d set up for a much bigger score in the first innings than they ended up with, and the bowling this morning was markedly slow. This will hurt them. Probably more than when they collapse to losses against Sri Lanka last year. Bilal Asif took six in the first innings, got none in the second. Wahab bowled only 16 overs. Abbas was exceptional once again, but it wasn’t to be. Yet again, the final session in the UAE has screamed out at those who asked what the hell was happening to Test cricket with a largely dormant pitch.

Usman Khawaja is the Man of the Match

Usman Khawaja at Post-Match Presentation: “The plan was to just bat. Wasn’t thinking too much. It was decent but it was getting tougher and tougher. We thought that if we batted two sessions we’d be in good stead. Very happy and thankful we got away with the draw there. Every time you get a hundred for Australia it’s amazing. Doesn’t matter if it’s here or at home. Just thankful. As a left-hander, you always have rough to deal with so you need a plan (about reverse sweeping against Yasir)”.

Sarfraz Ahmed expressed his feelings at Post-Match Ceremony: “We hoped to roll them out but we have to give credit to Khawaja. We had an idea that he would understand out tactics but it wasn’t easy to bat and despite that he soldiered on, we must give him credit. We need to work hard – in Tests you learn as much as you play. Haris’ decision was quite close, but this happens. We have little things to work on. We should praise Abbas a lot. The way he bowled on this pitch after returning from County cricket was tremendous. The batsmen who got their opportunities also took them. that’s a positive. We could have won this but Tests are like this. We’re sad, but the opposition also played well and we need to acknowledge that”.

Tim Paine at his first Test Match: “It was the extremely tough Test match. Pakistan played very well and had us under the pump for three days. Proud of our comeback. Everyone had a plan. Usman was more defensive than usual. There was a bit of a collapse but the guys have been working hard over the last few months and I’m happy everything’s gone to plan. I was nervous [in the last 45 minutes]. I think that’s how it happens here. If batsmen get in, it’s easy. Really proud of the way out tail stuck at it. No, it doesn’t feel like a win. We were outplayed. Proud to get something out of it, but we can play a lot better in the next Test.”

When your openers score more than 150 combined in both the innings, you cannot afford to lose the match, but the failure of the middle order would have cost them the match, Well played Aussies, hope to see a much-improved performance from the Pak bowlers in the next match.

Good to see a draw which has become a rarity nowadays in the Test cricket.