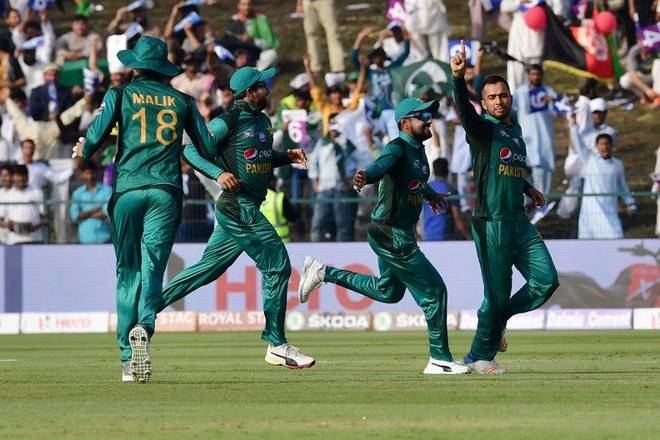 Pakistan vs Afghanistan Super 4 – It’s really Malik’s experience trumping Afghanistan’s inexperience. With his shot selection, with his calculations, and with his instructions to the lower-order batsmen, Malik brought the game where he wanted it to be: in the last over against a not-so-confident seamer. And boy did he punish him.

Six of Asif, Six of Nawaz, Six of Hasan, Six of Malik. The tale of 4 sixes

For what was pretty good death bowling, on the whole, there were just too many six balls towards the end. Missed opportunity for Afghanistan and it’s the small margins at the highest level, but that game was winner take a top 2 finish in all likelihood

Before that, Imam and Babar with a 154-run stand that should have made this a lot easier than it was. But is it even Pakistan if this isn’t how it’s done? A three-wicket win.

It’s not easy to be a Pakistani and a Pakistani fan. Been skipping my heartbeats. Made heart beats so fast during the last 5 overs but its worth it at the end.

Shoaib Malik’s innings was alike to MS Dhoni of yore. Take it to the end, keep one end secure, let others hit a six and when it matters, finish it off in style. Good fight, Afghanistan and good wrap, Pakistan!

Rashid Khan is the Neil Johnson of Afghanistan. Typically contributes the most and sees it all washed away.

Finally an amazing thriller of a match in an otherwise bizarre tournament setup. AFG lost but played like champions and for sure will give India a tough day as well. Great match, pure love for the Afghans. They are great ambassadors for their land. Their time will come.

Brilliant just brilliant to see Malik and Hasan getting down to console the bowler and Malik giving a hug to Shahzad. Great sportsmanship.

Asghar Afghan: First I want to congratulate Pakistan. Yeah, today was tough and thrilling. I think it’s the first in this tournament that the game was this tough., it was good for the crowd I will give a lot of credit to Babar and Imam. If Malik [Shahzad catch] had been taken, it would have been easy for us. But when you give a chance to a mature batsman, it becomes difficult. Today Hashmat and I played really well because we wanted 240+. But our fielding didn’t work today along with our seam bowling. I think on this kind of wicket, Rashid is difficult. That’s why we went with him, but they played very well.

Sarfraz Ahmed at Presentation: We were completely rocked by the end. Credit should go to Babar and Imam and we can’t praise Malik enough. Afghanistan batted very sensibly, and they have the best three spinners in the world. Especially on these pitches. Anyone who chases against them will have to do really well, and we did. Unfortunately, Shadab failed the fitness test this morning and we were a bowler short, but the batting was strengthened. Once again, I can’t praise Malik enough. It wasn’t easy to chase 257 on this and the way Babar and Imam showed patience before Malik, it’ll give us a lot of confidence. After a long time, about 18 months, we had a terrible fielding day. We’ll have to address that.

Shoaib Malik is the Man of the Match.

Shoaib Malik: Well, Rameez bhai, being a senior player when you’ve played enough cricket, you know when you already have a start, the goal is to bat till the 50th over. That’s the only thing I had in mind. At one point the required rate was almost ten but I kept telling myself to bat till the end because we had batsmen to hit the big shots later. I think even the good bowlers when they’re bowling in the middle overs, they are confident and want to get you out. But in the end, even they are on the back foot. As a batsman, you can show authority on them. I would like to congratulate them [Afghanistan] though, they have been improving every day. “I need that,” he says when Rameez Raja mentions the rest day tomorrow.
What a match… Well done Afghanistan. Congratulations Pakistan