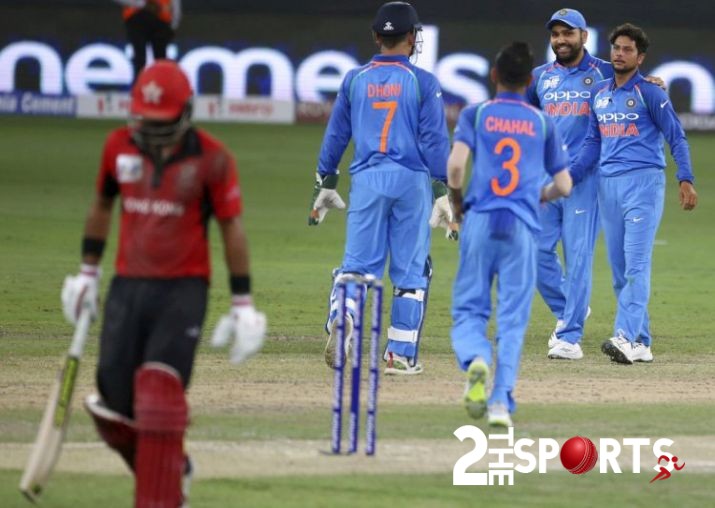 The fourth match of Asia Cup 2018 was played today between India and Hong Kong. Indian team led by Rohit Sharma in the absence of Virat Kohli. Hong Kong’s caption  Anshuman Rath won the toss and decided to ball first at the Dubai International Stadium in the United Arab Emirates. Indian team got a good start of 45 runs before the dismissal of the caption Rohit Sharma. Then there comes a partnership between Rayudu and Dhawan and Dhawan hits a ton.

No other batsman showed the remarkable innings other than Dhawan and Rayudu. Indian team once looks to cross 300 runs mark easily but Kd Shah of Hong Kong help to resist India at 285 / 7. He took 3 important wickets to help Hong Kong a little bit.

Hong Kong starts chasing the target with 174 opening stand. This was a remarkable achievement for an associate team to fight against a big team like that. But unfortunately, after the loss of openers, no other batsman put efforts to win this match and stopped at 259 / 8.

It may have been a 26-run win but at the halfway stage of the second innings, the India camp looked mightily worried. It may have been a 26-run win but the scoreline doesn’t say how well Hong Kong fought. Anshy Rath and Nizakat Khan’s 174-run first-wicket stand sent shivers down the Indian fans. But the strangle from the spinners and a terrific back-end spell from the debutant Khaleel ensures they’re through to the super-four stage. Hong Kong, though, can walk back with their head held high as they now shake hands with the Indians.

It wasn’t just a decent show with the bat from the Associate side. But also a great end to their innings with the ball as well. Remember, they conceded less than 50 runs off India’s final ten overs to restrict them to 285. Hong Kong has given a much better show than two days ago. When they were bowled out for 116, and there’s much that can be expected from them.

Shikhar Dhawan, the Man of the Match 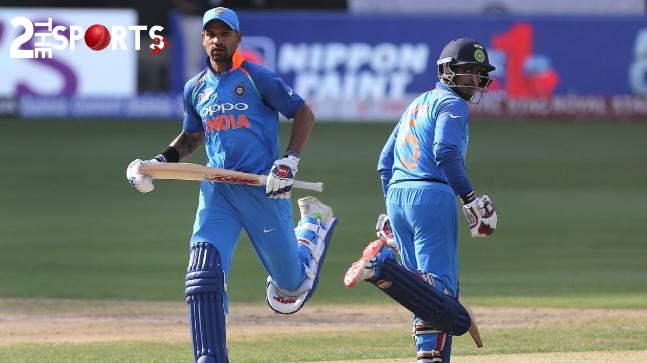 Hong Kong captain Anshy Rath. “We are proud, but it’s bittersweet,” he says. “We should’ve probably won it, but lost few too many wickets in the middle during key times. Credit to the India bowlers for sticking with their plans. Going into the tournament we had no pressure. We wanted to play with a smile on our faces. It would’ve been nice if we rolled over the best team in the world. But I’m super proud of the boys. Nizakat’s innings at the top was great. He batted at No. 4 in the qualifiers, but he’s delivered as the opener. And against the best white-ball side in the world, we showed the kind of cricket we can play. Our bowlers stuck out in the heat, and we pulled India to under 300.”

The Indian cricket team will look to adjust their faults before their big game on Wednesday against Pakistan. Has Khaleel Ahmad impressed Rohit Sharma enough to be given a thought ahead of team selection for the big match against Pakistan? ” — Definitely has. I expect either Shardul or Bhuvi to be replaced by Bumrah. Rohit Sharma spoke about the debutant left-arm pacer Khaleel Ahmed, so it is assumed he might just get a go.