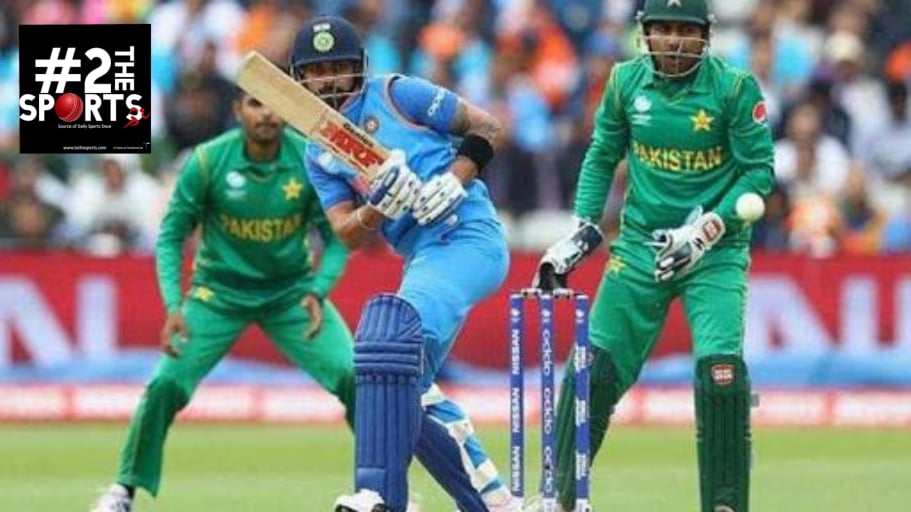 India vs Pakistan Asia cup History. Asia Cup has its worth in the subcontinent due to India and Pakistan rivalry. India has been the most strong team in the history of Asia Cup since the inception of the tournament in 1984. India has won this subcontinent tournament as many as six times (5 ODI format, 1 T20I format). But Pakistan challenged Indian team domination in this tournament more than any other team in the competition. The same fight from both the teams will be expected blood suckers 2 spilleautomater when they take to the field on September 19.

So far, Pakistan has played against India on twelve occasions in Asia Cup since 1984, winning five and losing six. While one match was washed out.

To The Sports gathers some information in one place to take a look at how the two teams fared when they clashed against each other for Asian supremacy.

After winning the World cup in 1983, Indian team also won the first edition of the Asia Cup by defeating Pakistan in the final at Sharjah Cricket Association Stadium. Batting first, India posted a low-scoring total of 188/4 in 46 overs. Indian Wicket-keeper Surinder Khanna was the top-scorer with 56 runs.

Chasing the target, Pakistan continued losing wickets at constant periods. They could not make a big partnership going valid through the way of their innings. What’s unusual is that there were 4 run-outs in the Pakistan hunt that gave India a assisting support in dismissing their arch-rivals. Pakistan was bowled out at 134 and India won by 54 runs.

While chasing, Navjot Singh Sidhu loses his wicket at the early stage for India but Mohinder Amarnath played great innings from one end to steady the ship. Along with Amarnath and opener Kris Srikanth, no any other Indian could score in double digits but in the end, it wasn’t needed as Mohinder Amarnath got India home with his brilliant innings of 74 not out.

Third consecutive meeting at the final of Asia Cup 1995. But this time Pakistan won their first-ever win over India in Asia Cup. They outclassed their traditional rivals India by 97 runs in Sharjah Cricket Stadium. Pakistan posted a challenging total of 266/9 in their 50 overs. Courtesy of the fifties from Imzamam-ul-Haq and Wasim Akram. Imzamam banged 88 runs off 100 deliveries. As for Akram, he just requires 46 balls to reach the 50-run mark.

While chasing the target, India lost its openers Sachin Tendulkar and Manoj Prabhakar at just 11 runs on the board. It all started going downhill from there. Navjot Singh Sidhu and Sanjay Manjrekar gave some defense after India were disgraced to 37/4, by hitting individual fifties. But after the dismissals of both batsman, Pakistan team overcome and won their first ever Asia Cup.

At the fourth consecutive meeting of both rivals, Rain came down hard the Final when Pakistan was struggling at 30/5. The Final was at the Sinhalese Sports Club Ground in Colombo and the match had abandoned.

Moving on some recent Clashes of India and Pakistan battles during the Asia Cup.

Openers Mohammad Hafeez and Nasir Jamshed shredded alone the Indian bowling line-up as both banged respective centuries. They put on a partnership of 224 for the opening wicket. Pakistan crossed the 300-run mark against India in Asia Cup at this tournament in Dhaka. Pakistan’s score was 329/6 in 50 overs.

Virat Kohli was the master class at chasing the targets and he did it here. Kohli found good support from Rohit Sharma and Sachin Tendulkar before he notched up his century. When Kohli departed, his score recorded 183 off 148 balls (22 fours and one six ). this was the brilliance of Kohli that India managed to chase down such a big score with 13 balls to spare.

India could only score 245/8 in their 50 overs against Pakistan at Dhaka, Bangladesh in 2014. Rohit Sharma (56), Ambati Rayudu (58) and Ravindra Jadeja (52) delivered the best for India but it was the great bowling energy from Pakistan that was outstanding. Saeed Ajmal ended with excellent figures of 3/40 in 10 overs. Mohammad Hafeez and Mohammad Talha got two wickets each.

Hafeez performed an extraordinary all-around game for Pakistan. He has perfectly secured the innings by scoring 75 off 117 deliveries. Wickets continued falling but he persevered and kept joining small partnerships with the help of Ahmed Shehzad (42) and Sohaib Maqsood (38).

In the end, Shahid Afridi crashed 34 off 18 deliveries, including two back-to-back sixes off Ravichandran Ashwin in the last over. He took Pakistan home with just a couple balls to spare.

The first time the Asia Cup was played as a T20 format. On the swinging conditions of Dhaka, Indian bowlers destroyed and displaced Pakistan for just 83. Hardik Pandya was the top wicket-taker for India as he snatched three wickets for just eight runs in 3.3 overs.

It seemed like a small total but it was made to look huge by Mohammed Amir as he single-handedly reduced India to 3/8. But Virat Kohli once again exposed his class and paid enough respect to the deliveries of Mohammed Amir. On the other hand, he kept attacking other Pakistan bowlers. MS Dhoni and Yuvraj Singh took India easily home from there with 27 balls to spare.