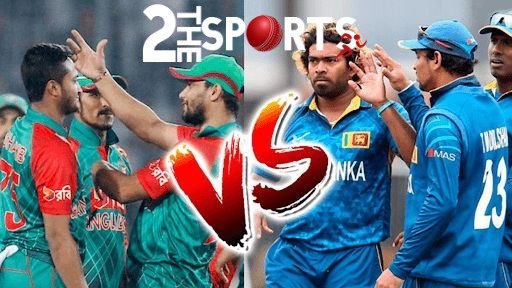 Mushfiqur Rahim’s magnificent hundred was the key factor of the first match of the tournament. Sri Lankan bowlers complemented this hundred by a combined effort and saw Bangladesh beat Sri Lanka by 137 runs. Lasith Malinga returns with the brilliant international comeback in the Asia Cup opener on Saturday.

Earlier, Bangladesh won the toss in the first match and they decided to bat. When Bangladesh starts the innings, Tamim Iqbal was struggling with its hand’s fracture and he will go out after facing four deliveries. Liton Das and Shakib did not show their performance and got out at the duck. Bangladesh was struggling after their top order failure. But after Mushfiqur Rahim and Mohammad Mithun gives Bangladesh a huge partnership and comeback with the strong position in the match.

Mushfiqur Rahim scored his career-best 144 runs off 150 balls with 11 boundaries and four sixes. It was his sixth ODI hundred as Bangladesh got 261 all out in 49.3 overs after choose to bat. The partnership was the 131-run stand with Mohammed Mithun (63) for the 3rd wicket, Bangladesh’s former skipper didn’t receive any support from any other Bangladesh batsmen as the sneaky Malinga showed that he is still a power to consider with. Malinga, whose last ODI match was against India in September 2017 in a home series, took 4/23 on his return.

India vs Pakistan Asia Cup History Pakistan and India the most-awaited encounter on September 19 in Dubai.

Sri Lanka all out for 124 in 35.2 overs and that was Sri Lanka’s lowest ODI total versus Bangladesh

Sri Lanka, chasing 262 for a win, suffered a batting destruction with none of their batsmen showing performance to stay at the middle. There was no partnership that worth the name, plus no rotation of strike. The biggest partnership for Sri Lanka in the match was the 27 for the 8th wicket.

Sri Lankan’s opener Upul Tharanga showed some performance at the start. He hits three boundaries and a six but no one supports him as his partner Kusal Mendis got out at a duck in the early stage of the chase. Kusal  Mendis was the opening wicket for Sri Lanka. He will got bowled by Mustafizur Rahman in the final delivery of the second over. Tharanga went out in the next over off Bangladesh’s caption Mashrafe Mortaza. He leaves Sri Lanka at 28 for 2 in the third over.

Sri Lankan’s give wickets time-to-time. Sri Lanka survived for six overs with captain Angelo Mathews (16) and Dasun Shanaka (7). They were trying to calm down and join a partnership. But that was the day for Bangladesh. They were in the huge form with the bowling performance. All the six bowlers of Bangladesh side got at least a wicket. Caption Mashrafe Mortaza, Mehidy Hasan, and Mustafizur Rahman clutched two wickets each while Rubal Hossain, Shakib Al-Hasan, and Mosaddek Hossain took one each.

Despite, the experienced Mushfiqur Rahim got runs off spinners, scoring on all sides of the wicket. He performed well against off-spinners Dilruwan Perera and De Silva and left-arm spinner Aponso. When the ninth wicket of Mustafizur was out, injured Tamim Iqbal came out for the support, former skipper getting 32 runs in 2.4 overs with the Tamim’s support. Mushfiqur was the last batsman to be removed. Tamim’s heroic appearance will be cherished. He came out to bat for former skipper’s support having retired hurt with a fractured wrist. He allowed Mushfiqur Rahim to have one final explosion during the final overs.

That was the memorable day of Bangladesh to start this edition of the tournament with a bang. Tamim, however, will be out for the tournament and will not get to play in the competition. He was fractured with the left-hand wrist. We will hope and gives best wishes for getting better soon. Hopefully, he will be seen soon to play cricket.