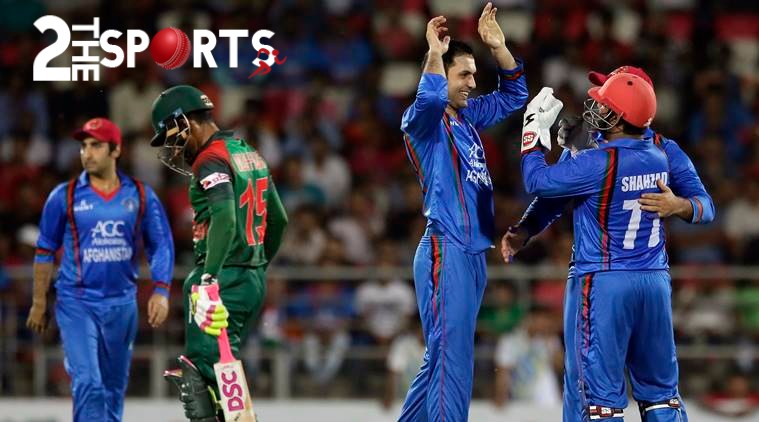 Asia Cup is turning into a huge success with Afganistan and Hong Kong being 2 new forces to reckon with. It seems that Afghanistan is no more underdog. Now very much in the race for the Asia Cup trophy.

What a comprehensive performance from Afghanistan, they are unbeaten in the Asia Cup after facing Sri Lanka and Bangladesh. At one point it looked like Shakib was taking the match away from them with his stifling lines and four wickets in the first innings. But Bangladesh put the foot off the pedal when Afghanistan was seven down. Only to see birthday boy Rashid Khan snatch the game from them. A scintillating half-century in the company of Gulbadin Naib, two wickets after the opening bowlers did the damage and then a run-out too. He aptly leads his team off the field after this massive win.

What a way to enter his 20s! – Happy Birthday, Rashid Khan!!

As good as it is to see Rashid Khan play his weight in Gold, it is great to see other players like Naib and Shahidi come to the party. Cricket is a team game after all and you need team efforts to take you far.

These are some big victories for AFG, happy to see them grow. Rashid Khan is a superstar in making(if not already). Well played!

Mashrafe Mortaza said in the post-presentation ceremony: “Afghanistan defeated us from the 40th over. They played really strongly and we didn’t bowl well in the last 10 overs and batting wasn’t up to the mark. We have a big match tomorrow and boys need to be fresh. It’s a bit difficult to recover from back to back matches in this heat. Mushfiqur and Mustafiz were rested today because of the niggles”.

Asghar at Presentation, says: “It was a very significant match for us and I’ll give a lot of credit to Naib and Rashid for their effort. Our top and middle order didn’t play very well but thanks to god Naib and Rashid did very well. Yes, it will be tough for other teams to chase 230 kinds of totals against us because of our bowling and fielding. I do have a groin issue but I’ll let the physio decide tomorrow on my status for the match (against Pakistan).”

Chasing these totals of over 200 (barring Hong Kong’s attempt against India) is proving to be really tough in this tournament. It could be the heat, it could be the slow pitches that don’t have much for the batsmen or bowlers, or it could just be a rewind to the ’90s when 250 used to be match-winning.